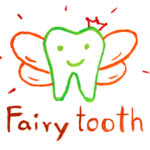 The Tooth Fairy is a childhood fictional character, similar to Santa or the Easter Bunny. When a child loses a baby tooth, they place it under their pillow, and the Tooth Fairy comes at night to exchanges the tooth for cold hard cash. Why does the Tooth Fairy desire small bits of human bone? What does she do with a quite substantial quantity of baby teeth? The portrayal of the Tooth Fairy in popular culture is one of a sweet, small, and typically female creature. Fortunately, the details of the Tooth Fairy’s methods and motives are not required at the hands of children.

So Who Came Up With This?

Well, no one really knows the exact origins of the Tooth Fairy. For the most part it is only a tradition in English speaking countries. Other countries have different traditions revolving around children’s expired teeth, but the modern iteration involving a fairy is a fairly recent development. Supposedly, the Norse Vikings paid their children for teeth. At other times, children buried their former teeth in the ground. Stranger manifestations involved eating the tooth, or throwing it backwards between your legs.

Every culture and civilization has different traditions intended to celebrate coming of age. Children losing their baby teeth is a small milestone on their journey to becoming rowdy, obnoxious teenagers. How parents decide to handle their children growing up is, of course, entirely up to them. You can perpetuate the Tooth Fairy celebration and give your kids some green under the pillow or you could tell your children that their teeth fell out because they haven’t been eating enough vegetables. It’s up to you to decide the fate of your kid’s formerly attached teeth.